WP PRO Advertising System – All In One Ad Manager

Visual Banner Creator Create animated, responsive HTML5 banners that will adapt to different screen sizes using the Drag & Drop Visual Banner Designer. Triggers Show your banners at the right place at the right time using the pre-defined trigger options. What Else? Main reason for 5 stars? EVERYTHING. Incredibly flexibility and featured, all made extremely […]

Main reason for 5 stars? EVERYTHING. Incredibly flexibility and featured, all made extremely easy.
I can’t imagine a better advertisement plugin. I am very thankful.

Best plugin ever for advertizing… buy it right now!!!

What a great ad manager, definitely the best one available! Look no further than this one. It’s easy, flexible and just about perfect! Rated 5 stars!

… hands down this is the BEST advertising system ever created for WordPress. …

Thank you for really great plugin! It works great and I use it extensively! you got 5 stars!

Great! Everything I needed and more! Good job!

This is a easy to use plugin, with great documentation and even better customer service!

THANKS for your support… Highly recommended. I wish other developers on Code Canyon were as responsive as you.

Really enjoying this plugin, everything is working well! Thanks Tunafish, five stars!

I will look no further! The adzone system and the ease of use make this a pleasure to setup and manage! The mobile device support is seamless too! Easy manage on mobile devices makes this system stand out!

I spent months trying testing and trying to find a good advertising plugin that will meet my needs but couldn’t find any until I saw WP Pro Advertising and fell in love immediately. I recommend this plugin to anyone serious about advertising on their site

Manage your ads the easy way!

The “WP PRO Advertising System” WordPress Plugin allows you to manage advertisements on your WordPress site. It has many powerful features to put ads on your website, manage advertisers, campaigns, banners & adzones all in just a few seconds.

Besides adding normal banners this plugin allows you to create Corner Peel Ads, Popup Banners and you can even transform your post/page backgrounds into advertisements. It also tracks clicks, impressions & CTR to give you very clean and detailed statistics.

Long story short, If you are looking for a simple, easy and very professional way to manage advertisements on your website this plugin is what you’re looking for!

Creating profiles for your advertisers, link banners to their accounts and keep a clean overview over what’s happening marketing wise on your website.

Create multiple advertising campaigns for each advertiser. Campaigns allow you to run ads on specific days of the week, hourly or just to group a bunch of banners together.

You can place adzones anywhere you want on your website. As soon as you link a banner to an adzone it will be visible on your site. Adzones can be any size. There are 4 ways to add adzones to your website.

Keep a clean and detailed overview of how many impressions/clicks your ads get and calculate the CTR for every banner, adzone, campaign and advertiser. It’s also possible to export statistics to PDF.
Beside the banner information, the plugin also tracks specific user info for each click and impression.

Make sure your visitors don’t get to see inappropriate advertisements. Show specific relevant banners based on the user’s device, operator or cellphone brand.

Make sure your banners show at the right place at the right time! The build in banner triggers allow you to show banners when users scroll to a specific position of the page or after a specific amount of time.

Open your Adzones as a Popup to track the user’s attention! Every popup can be customized differently. You can adjust the background color and the opacity of the popup background using the simple Shortcode Editor.

Transform your background into an advertisement. Adzones can be loaded as background ads on any post/page. Every post/page can have a different advertising background.

One of the options to add banners to your website is by [shortcodes]. To make it even easier we included a Shortcode Editor that will create the shortcodes for you, exactly the way you want.

Show ads on any device.

Add advertisements to your MailChimp Newsletters. All adzones have their own RSS feed which makes it possible to load your banners into MailChimp and display them in your newsletters.

Sell your empty adzones directly from the frontend of your website using WooCommerce!
Make sure you check out the “Pro Ads Buy and Sell – WooCommerce” Add-On. This plugin adds more options to the WP Pro Advertising System. It allows you to sell ad spots on your website, let users upload their own banners and check their own banner statistics! 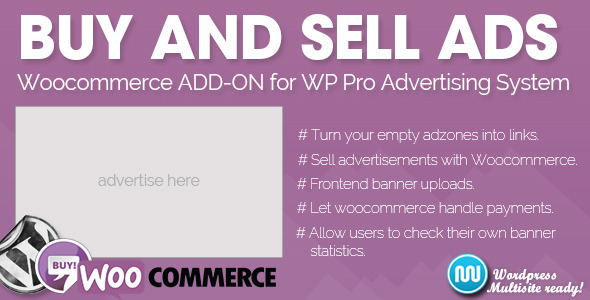 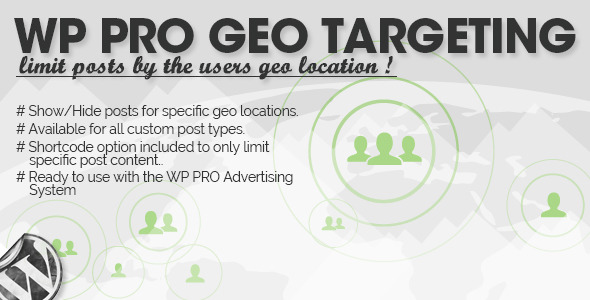 Show advertisements before posts and pages. This add-on allows you to show an advertisement before the specific content becomes visible.

This plugin uses localization files for translating the plugin to any language.