Before After Image/Content Slider for WordPress

The Before After Image/Content Slider for WordPress allows you to easily show and compare two images or any content using multiple modes. Feature Overview Easily compare two images or other content 5 different methods + random See the whole picture: Slider is under the images Optional overlaid slider Mobile/Touch friendly and basic responsive behaviour Shortcode […]

The Before After Image/Content Slider for WordPress allows you to easily show and compare two images or any content using multiple modes.

We believe in strong support. Just use the comment form to contact us. Also, please contact us before rating less than 5 stars to get your problems solved

See our installation and updating documentation.

Please note: To be able to use the shortcode generator, you need to install an additional plugin called “Vafpress”. You should be prompted for this after plugin activation. You don’t need this and can insert the shortcode just manually.

Select from 5 different modes to show your work or just let the random mode pick a method. 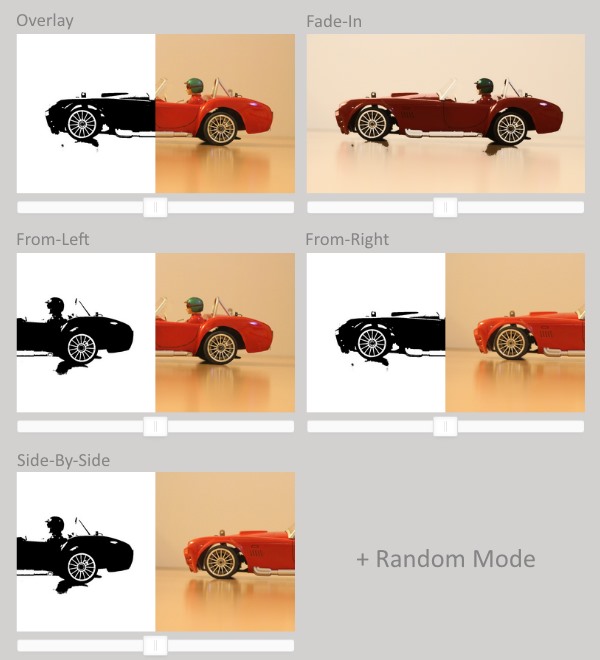 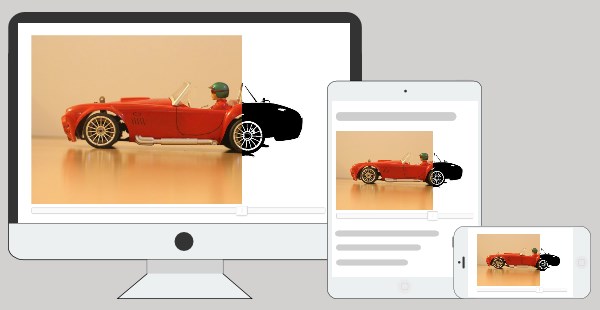 The slider is under the images, so your users can see the whole picture. Also, there is an optional overlaid slider. 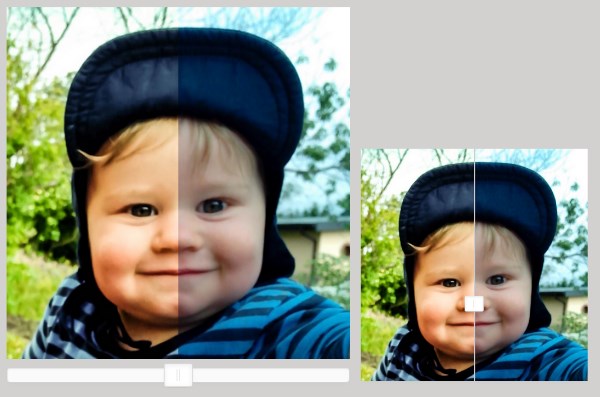 Use the included shortcode generator for fast and easy inserting your images. 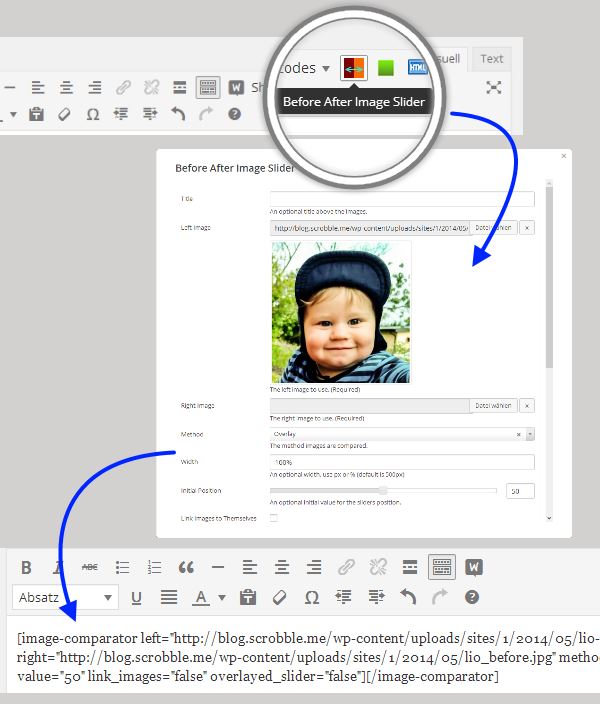 There is even better support, if you are using the famous Visual Composer. 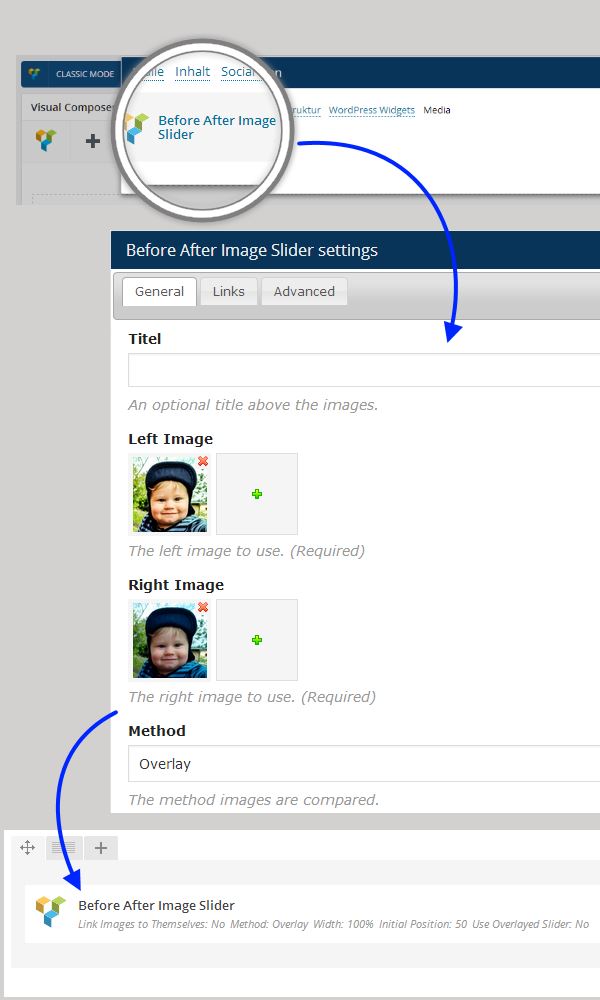 Note: Images are not linked by default anymore.